There's an in interesting account by Jan Carlzon ex-airline CEO and writer of a great customer service book called "Moments of Truth". 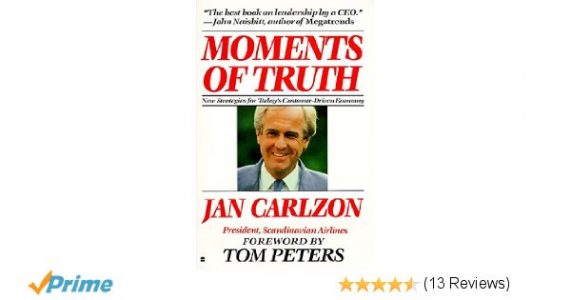 He relates how he was staying in The Oriental Bangkok Hotel and asked the General Manager how it was that they had won a Best Hotel in the World accolade for 10 years in a row.

The manager replied “I can’t pinpoint anything special, but there could be one thing, Jan. And that could be that we have not given the authority to our front-line people to say “no” to our customers,” he said. “We have only given them the authority to say “yes” to our customers’ demands and requests. If they, for any reason,” he said, “if they have to say ‘no,’—because that happens, of course; they have to say ‘no’ to special requests—then,” he said, “but not before then, they have to ask for permission from their own managers.”

Worse than "not likely", actually. Jan goes on to lament his observation that in the west, almost the exact opposite is often the case. That front line customer service staff only have the authority to say "NO" to any special request and need to ask for permission to do any special favours. He suggests that this all comes as a result of our cultural habit of rigidly following the “service standard” – whatever the impact on the customer. And almost not a week goes by here in U.K. when there isn't a story in the newspapers highlighting an example of slavish rule-following customer "service" intransigence.

But two things interest me personally about this story. Firstly, I lived in Thailand for 17 years and know the hotel very well, having dined there and enjoyed the “Bamboo” jazz bar on many occasions! And thus, I understand the culture and society I married in to....

Yes. The service is superb. But these subservient behaviours by front-line Thai customer service staff come as a result of the fact they would not dare decline a "special request" - never knowing the social status of the person doing the asking. Politician, ultra-rich family name, police general, etc. And no, this is not an aspect of Thai society/culture that I in any way admire. It only works because there are so many managers floating around to defer to. Something our 1st world economy cannot afford.

In Japan they also avoid saying "no"

In Japan, the service process/baseline-standard is also superb, well-practiced and rules-based. As a result, like us here in the west, they also have their difficulties in acceding to 'special requests'. (For the most part one doesn't mind much anyhow because the baseline service standard is so high). But there is another reason they 'get away' with a measure of intransigence on occasion.

You see, the Japanese hardly ever use the word “no” to one another And especially not in customer service settings. Using it is thought of as a bit blunt. Rather rude. As a result they have developed many other ways to say “no” much more politely.

Expressions such as, “A little bit…,” or “How interesting,” or “May we give that our best consideration,” or “This is complicated", pause.... "but…” When someone says these things, they are very politely, but clearly, telling you “no”.

For example: You have queued up to buy a ticket for the bus and there are no seats left. The ticket counter person won’t tell you straight “There are no tickets left.” Instead he or she will probably keep you waiting, pretending they are looking for something on the computer, smile awkwardly, and say a version of “Finding seats can be difficult.” Any Japanese person will at this stage immediately understand their request is not deliverable and appreciate the politeness with which they have been refused service.

This is an example of what they call "tatemae". A polite 'front' Japanese are adept at putting up so as not to be too confrontational. The opposite idea to 'tatamae' is the word "honne"

Honne and tatemae are Japanese words that describe the contrast between a person's true feelings and desires (本音 hon'ne, "true sound") and the behavior and opinions one displays in public (建前tatemae, "built in front", "façade").

The Japanese deploy "Tatamae" with great skill in delivering their 'OMOTENASHI" customer service culture so their guests and customers never have to deal with the unpleasant experience of being told flat out "NO" to a request. And that's one reason the customer experience in Japan leaves such a good after-taste.